Be More Productive with the Rule of 3 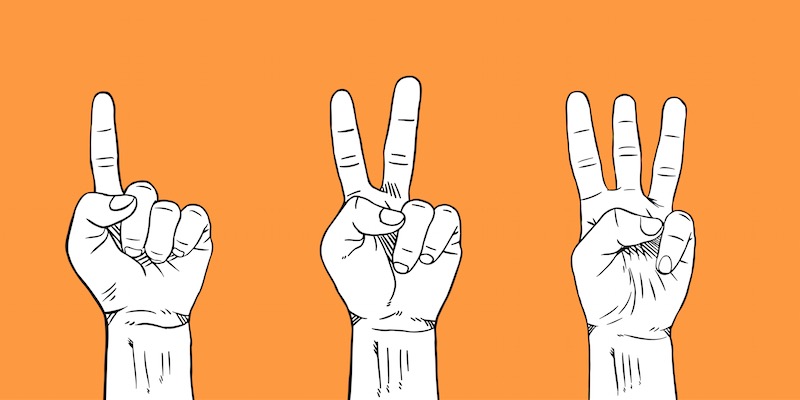 This article was originally published on LinkedIn by Chris Bailey on Oct 28th 2015. Chris is a self-proclaimed Jedi Master at A Life of Productivity where he blogs about being productive.

For Some Strange Reason, Our Brain is Wired to Think in Threes.

As kids, we grow up immersed in stories that involve threes: Goldilocks and the Three Bears, the Three Blind Mice, and the Three Little Pigs. In high school, when we’re forced to dissect books like The Three Musketeers for English class, we break down the plot into three parts—the beginning, middle, and end. When we become adults, we observe that good things happen in threes, and that the “third time’s the charm.” The Olympics awards three medals for each event—gold, silver and bronze… Well, you get the idea.

There is something oddly attractive about the number three which can help you a lot as far as productivity is concerned.

That’s it. The rule is simple, but deceptively so. I’ve found that the Rule of 3 helps me work more efficiently and earn back more time than any other productivity hack:

As you might expect with something so simple, the rule is ageless. It has been talked about by everyone from Leo Babauta of Zen Habits to Gina Trapani ofLifehacker. I first discovered the rule from J.D. Meier, the author of Getting Results the Agile Way. J.D. is Microsoft’s Director of Business Programs, where he and his team use the rule every day. When I asked J.D. why he thought the rule is so powerful, he said, “I originally focused on the Rule of 3 because when my manager asked me what the team achieved for the week, he didn’t want a laundry list. He was willing to listen to three compelling outcomes.” J.D. found that “three things was very easy to keep top of mind, without having to write it down or look it up.”

When your aim is to work more deliberately and accomplish more over the day, the Rule of 3 is in a league of its own.

Chris Bailey blogs about productivity over at A Life of Productivity. He’s the author of the forthcoming book, The Productivity Project: Accomplishing More by Managing Your Time, Attention, and Energy, which will be published in January 2015 by Crown Business.